So, a couple of years ago I announced that my activity for March of the Brain Tumours would be to post ridiculous photos of myself wearing external variations of my tumour in its approximate location. However, the photos were generally a nightmare and I didn't bother: I was pale and had big bags under my eyes, and instead of putting off my little personal photo shoot for another day, I stubbornly went ahead with it anyway. Photos that were supposed to be funny became less so because they demonstrated what was clearly a lack of vitamins and sleep - not exactly the picture of health I wanted to project in the name of ostensible confidence and strength in the face of the thing that will eventually kill me.

So, I decided at the time to just stick with the one that I found particularly glamourous, the one with the fancy red and be-pearled fascinator that's somewhere not too far back on this blog. Vanity is thy my me name, etc. (This was, of course, a few months before the revelation that it need to be cut out again, but whatever).

But let's revisit and expose those rejectamenta. I wish to finally make public some of those fine specimens, because there's nothing like laughter, bitter as it may be, to pretend that there's nothing going on. Let us begin with this lovely little pic featuring the tumour as an egg-shaped knitted thing my Aunt bestowed on me. Let's not mention what's going on with my hair and face, yeah? Just focus on the bird and the beautiful angle at which it is perched. 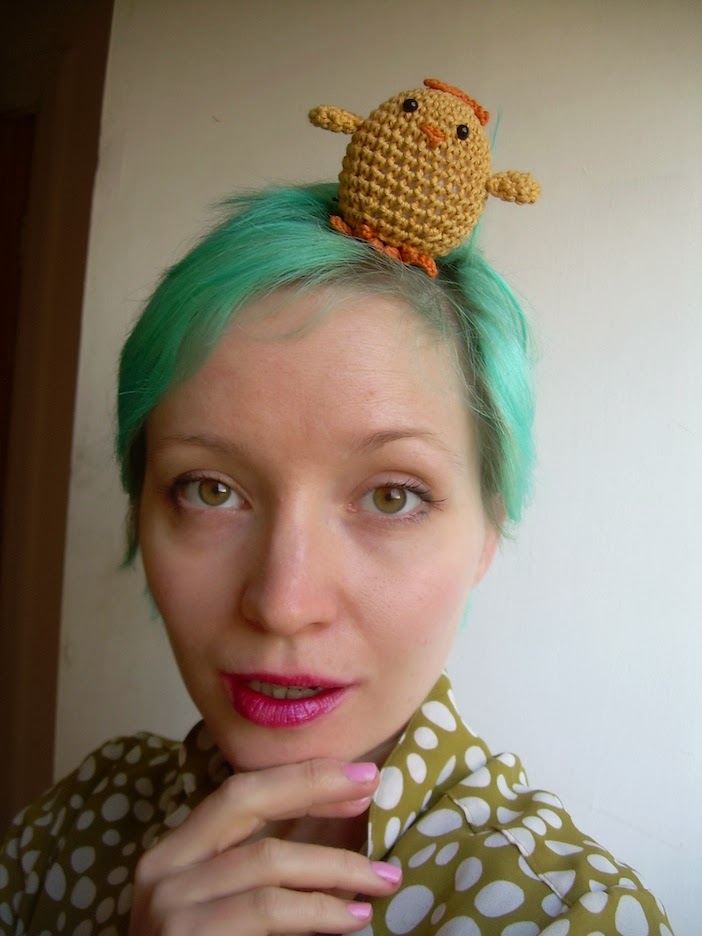 Yes. And then another birdie (felt bird by Lieutske Visser), who I met at the lovely Dandy Lion Market a few years ago. Now we can look at my hair. Note the subtle styling that complements the frilly tail of the bird. Quite clever of me, I thought. 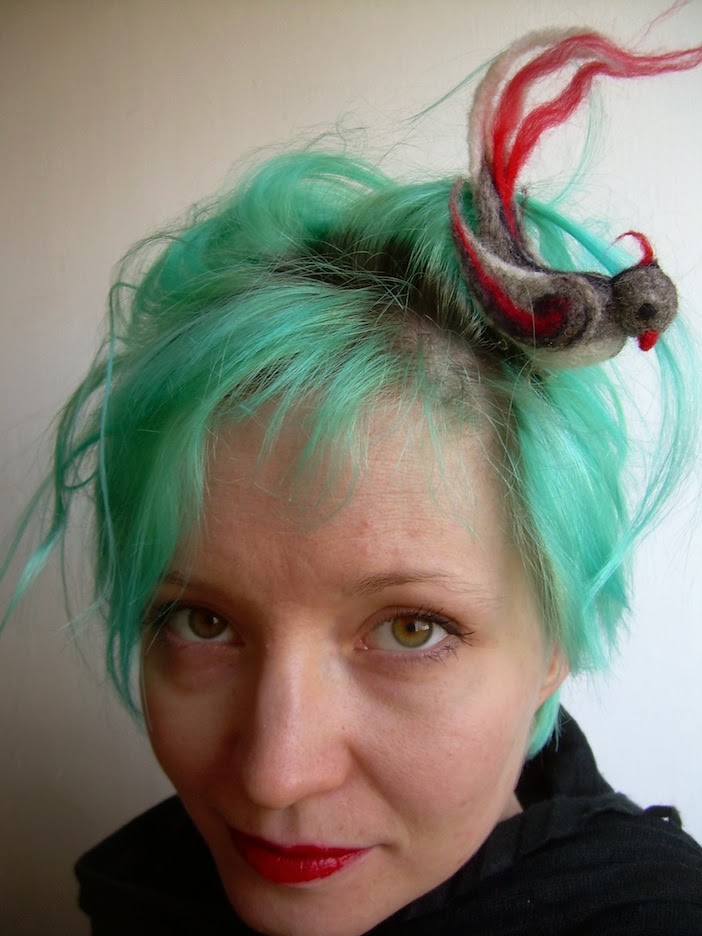 And let us not forget these stunners. I ate a whole packet of these during the afternoon when I was pissing about with the camera. In retrospect, it might be that this sort of gluttony explains what was really going on. Aww, sad face. 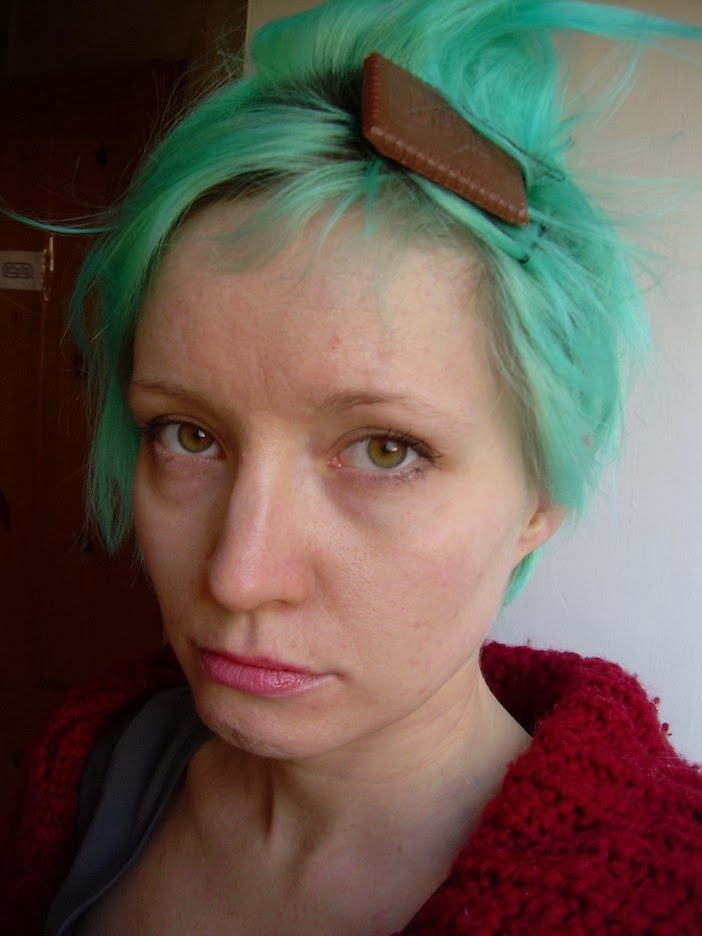 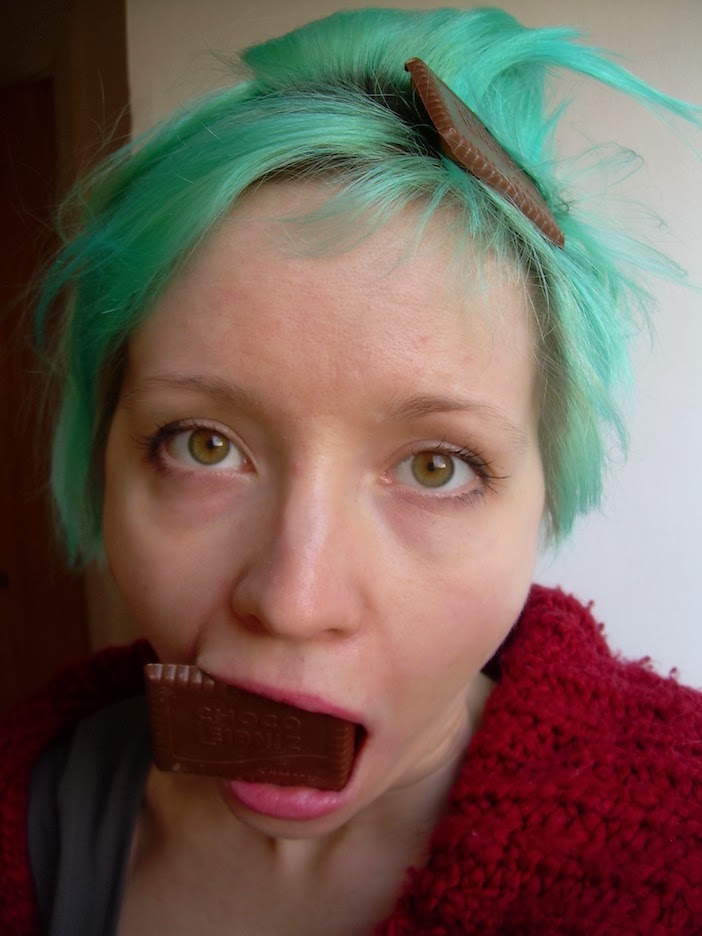