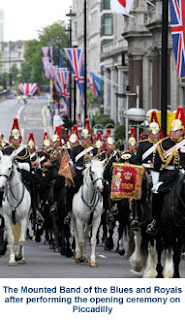 Horses and helmets and bugles and plumes. All of which I am allergic to.


If you can be bothered looking at the updates at the Britishest of British runs website, you can find out all about the atrocity to come. It isn't like this comes as a surprise, but it certainly makes me less and less comfortable with the whole idea. I aim to bring some proper non-British peasant food to educate the bejeweled guests of the Ritz with. Perogies! Cheap, buttery, delicious, and conveniently mushy, so they'll squish nicely into my pockets.

I need to come clean about something, though. The money you are donating to Brain Tumour UK on my behalf is not really going to the charity. In fact, all of the participating charities in this event are actually just paying their runners for the humiliation they have to endure as they shuffle along a route featuring the World's Most Famous Everything in this Great Historic City. Shuffle and shuffle, all 25,000 of them, and in various stages of undress.

So cough it up. You get to laugh, I get to be potentially trampled in a stampede of sticky bodies and a lot of halitosis, and Brain Tumour UK gets a little bit of cash to put towards researching the neurological problems of the people who invented mass running races. There is no cure. But you can help. Give us your monies. I'm currently at 47% of my target amount.


And to more or less quote Sarah, in Labyrinth, as she tries to escape the clutches of Jareth the Goblin King (aka David Bowie):


Somebody save me! Somebody take me away from this horrible place! 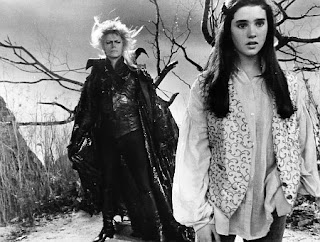